We’ve all had experiences where people have said that young people just don’t know how lucky they are - that they’re spoiled, pampered or just don’t understand the world. You might even think that yourself!

Across the world, young people are doing great things, so we’re putting the spotlight on those who’re building a better future for all of us.

Malala Yousafzai has been described as the most famous teenager in the world. She rose to global prominence for her campaign for girls education in Pakistan, releasing weblogs for the BBC’s Urdu service about the life of women under Taliban rule.

In 2012, when she was just 15 years old, the Taliban attempted to assassinate Malala when she was riding a bus home from school. But she made a miraculous recovery, and went on to give a speech to the United Nations a year later. She and India’s Kailash Satyarthi won the Nobel Peace Prize for "for their struggle against the suppression of children and young people and for the right of all children to education” In 2014. All this - and she’s still in school!

We hear a lot about child actors and how they sometimes go off the rails or simply retreat from public life. Few of them go on to be an international feminist icon. But that’s what happened with Emma Watson, who shot to fame for her role as Hermione Granger in the Harry Potter film.

Like Malala, Emma Watson has been a tireless campaigner for women’s rights. She was appointed a UN Women’s Goodwill Ambassador and delivered a legendary speech to the United Nations, where she declared that the perception of feminism as “man hating […] had to stop”. She has since been credited as one of the most influential people in the world by Time Magazine, AskMen and others. 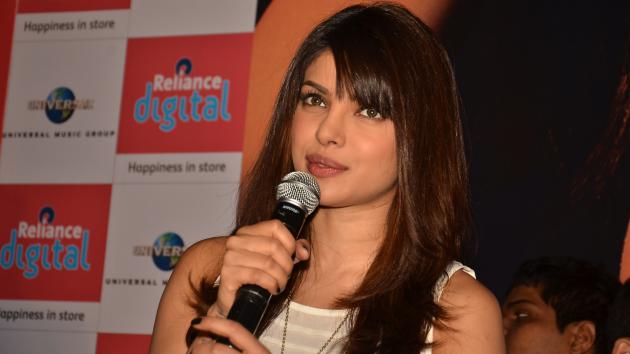 Another actor who has gone on to use their fame for good, Priyanka Chopra is one of Bollywood’s best paid actors and a former Miss World winner, taking the title in 2000. Pageant winners are known for talking about making the world a better place, but few go on to actually do it: Chopra has worked harder than most to improve child rights, being appointed a UNICEF Goodwill Ambassador in 2010.

A noted philanthropist, she has become one of India’s leading voices on topics as broad as the environment and health, and has been particularly vocal about gender equality and the pay gap. She founded her own foundation in order to further these causes (the Priyanka Chopra Foundation for Health and Education), to which she donates 10% of her earnings to, and in 2012 donated Rs 5 million fund a new cancer ward at Nanavati Hospital.

19-year old Kelvin Doe was born to a single mother in Sierra Leone, in the midst of the country’s civil war. But despite the difficulty that would face anybody in growing up in such a volatile environment, Kelvin is one of the most remarkable self-taught engineers in the world.

He started teaching himself engineering at a young age, rummaging through bins in order to find usable electronics. He made his own battery at 13 with acid and a tin cup, and built a generator for his neighbourhood in order to solve their poor electricity supply out of scrap metal.

His story has spread across the globe, serving as a picture of what Africa’s many talented young people can really do. He is the youngest person to have ever participated in MIT’s young practitioner’s program (not bad, for someone without a formal education), and has delivered his own TED talk. Now he’s working on bringing solar panels to the country in order to improve access to power for everyone.

Anoyara Khatun was forced into domestic work at just five years old after her father died. One of the millions of children who are victims of trafficking each year, Save the Children rescued her from a life of domestic slavery. After escaping such dire circumstances, Anoyara saw the circumstances facing other girls in her home village in West Bengal, and how many were being trafficked or forced into child marriages.

Since then, she has campaigned tirelessly to ensure all children in India have the gift of childhood, working with Save the Children in order to make sure nobody experiences a life of slavery. She has been described as the country’s “very own Malala” by the Calcutta Telegraph, sharing the stage with Bill and Melinda Gates to launch the Every Woman, Every Child initiative, and reuniting hundreds of trafficked children with their families.